Menu
Sign up
If you want to improve your Japanese, converse using this method!
Japanese tutors in Shimonoseki, Ube, Iwakuni, Yamaguchi
Sign up for a free trial class
"Your tutor Your time Your location"

If you want to improve your Japanese,
converse using this method!

If you want to improve your Japanese, converse using this method!

Your tutor. Your time. Your location.

Japanese tutors in Shimonoseki, Ube, Iwakuni, Yamaguchi
Sign up for free
"Your tutor Your time Your location"
にほんご JAPANESE

Struggling to learn Japanese with a computer program or an automatic matching online tutors? No more. You will be HELPED your learning JAPANESE by our HANDS on Japanese tutors who can tailor one on one lessons to your language NEEDS! We, HH JapaNeeds, are a leading Japanese tutoring school in Japan.

Perfect Japanese tutors just for you. Schedules and locations are flexible.

Take a free trial lesson with your Japanese tutors. Refund if not satisfied.

No matter where you live in Japan, you can meet our Japanese tutors at a nearby cafe, your home, community center, or other public place.

Our Japanese tutors are also ready to teach you online. Make the world your classroom!

Hybrid learning is available, combining in-person and online learning with your Japanese tutor. 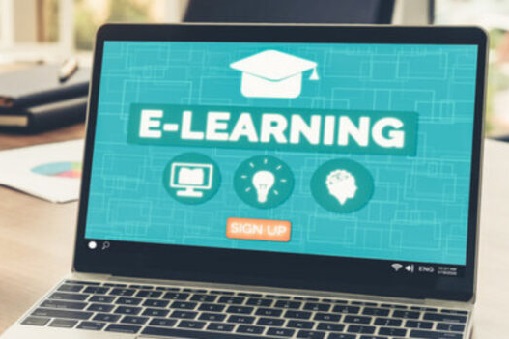 Maintain your enthusiasm and a stable learning pace. You will learn the basics of Japanese and tips for studying Japanese. 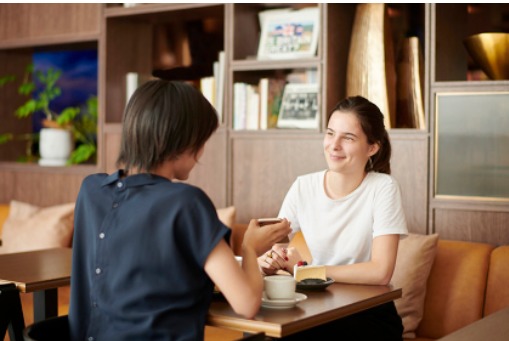 Peers from the community can engage in casual, less structured language practice on any topic of your choice. 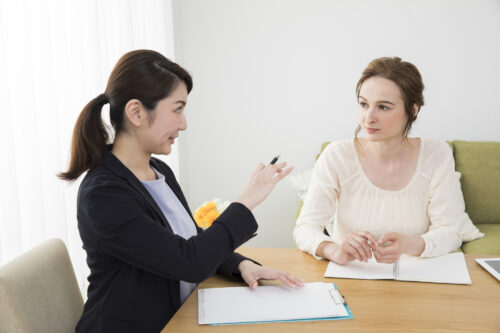 To learn mostly grammar with the fastest learning methods in a more formal setting, and with a larger budget.

Yamaguchi Prefecture is the westernmost prefecture of Honshu and is surrounded on three sides by the sea. As a gateway to Kyushu, it has been regarded as a transportation hub. There are many scenic spots along the coast, and Omi Island in Nagato City on the Sea of ​​Japan side is called the Maritime Alps, and cliffs, cave gates, strange rocks, etc. create a variety of scenery.

Inland, there are Akiyoshidai, which has a mysterious karst terrain composed of limestone, and Akiyoshido, which is the largest limestone cave in Japan. Shimonoseki, a major commercial city, cannot miss accommodations and gourmet spots where you can enjoy dishes made with the famous blowfish. On the coast of Shimonoseki City, there is the site of the Dannoura Battlefield, the place where the Genpei War was settled.

In Hofu City, there is the Mori Garden and the Mori Museum, which used to be the residence of Mori, who was the ruler of the Choshu clan. In Hagi City, there is the Shokasonjuku Academy, which produced many scholars at the end of the Edo period, and the Yoshida Shoin History Museum. Let’s improve your Japanese by living in the historic Yamaguchi prefecture.

There are 7 Japanese tutors from HH JapaNeeds in Tokushima prefecture.

HH JapaNeeds Japanese tutors are also enrolled in each city in the neighboring prefectures, so you can make arrangements in your area.

Number of tutors enrolled in the Chugoku / Shikoku area

There are 7 Japanese tutors from HH Japa Needs in Yamaguchi prefecture.

HH Japa Needs Japanese tutors are also enrolled in each city in the neighboring prefectures, so you can make arrangements in your area.

Number of tutors enrolled in the Chugoku / Shikoku area

List of Japanese language schools and classes in Yamaguchi

The fastest way to improve your Japanese in Yamaguchi Prefecture

Understand a little bit about the most famous things in your hometown, and talk about them in conversations with locals. If you have a few questions prepared, they will be happy to explain and will be impressed with you for asking. You will be able to get to know each other and have fun conversations, which will improve your Japanese conversation.

Now, let’s take a look at the results of the survey on “What comes to mind when you hear the name Yamaguchi Prefecture?

The most famous dish in Yamaguchi Prefecture is the famous gourmet blowfish. Shimonoseki is the first land in Japan where the ban on blowfish food was lifted, and therefore it has a history of developing blowfish food culture. The “Kanmon Strait” that separates Honshu and Kyushu is the next most famous. Formed 6000 years ago by crustal movements, it is about 670 meters in its narrowest location. The Kanmon Strait from Mojiko to Yamaguchi is very beautiful and large.The “Choshu clan” was the centerpiece of the Meiji Restoration, and many clan men from Yamaguchi prefecture, such as Shoin Yoshida, Shinsaku Takasugi, and Takayoshi Kido, played an active role. “Shimonoseki City” boasts the largest population and economy in Yamaguchi Prefecture. It is also famous as a tourist city because it has the famous blowfish and the Kanmon Strait. “Akiyoshidai” is the largest karst land in Japan. Deep underground, Japan’s largest limestone cave “Akiyoshido” extends.
Click here for other regions of Japan 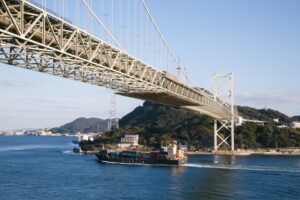 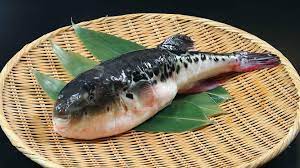 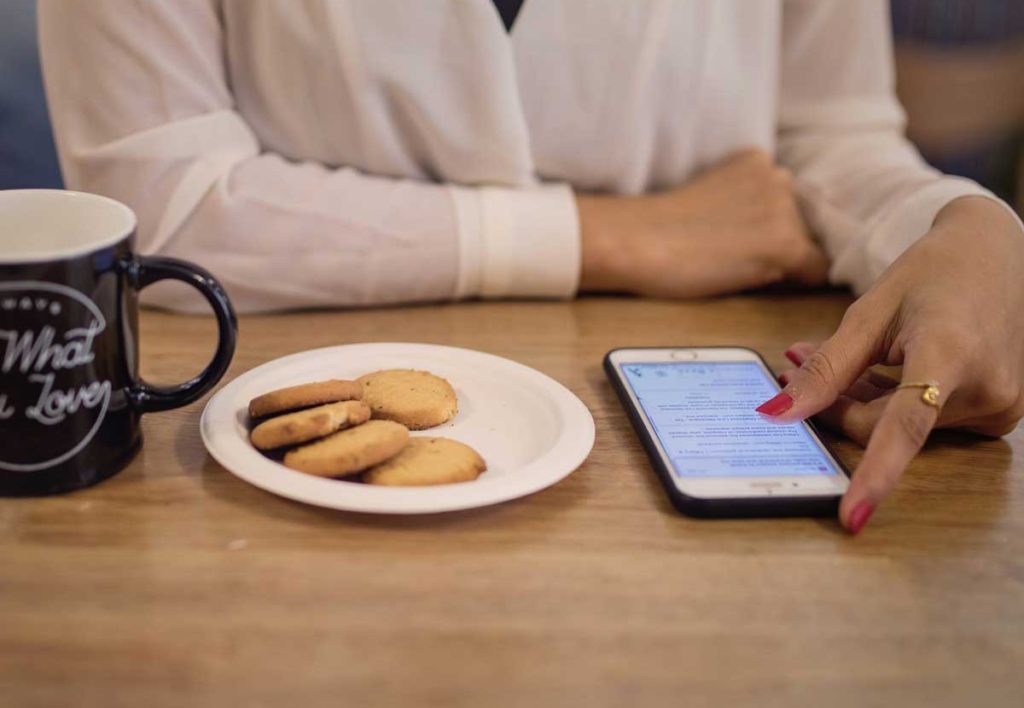 Our coordinator will counsel and arrange the ideal Japanese tutors about a week. Be sure in the free trial lesson that the Japanese tutor is the best fit. 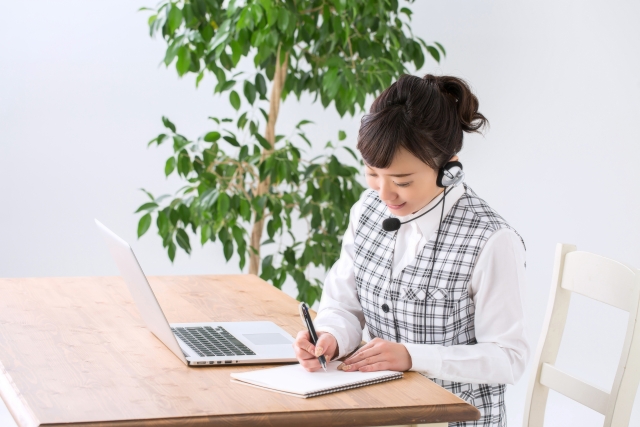 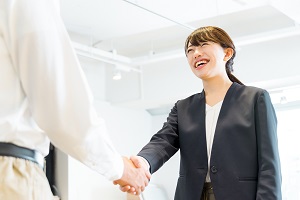 We hope you can gain so much more than just learning Japanese. Studying Japanese is not just about improving your language skills. It’s also about enriching your life. If your life becomes richer, we hope you will want to take on bigger challenges and have a positive impact on society. We at HH JapaNeeds Japanese want to be your guides to opening the door to a better you and a better world.

Tutors create customized learning plans with Japanese tutors and work together to overcome areas that need improvement. You can study Hiragana, Katakana, Kanji, Nihongo, JLPT(Japanese Language Proficiency Test) N5, N4, N3, N2, N1 course, and conversations for beginners with our Japanese teachers. Try a free class. Why don’t you meet one of our Japanese tutors and expand your possibilities? Your tutor. Your time. Your location. Start your Japanese language journey today!… 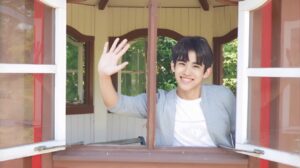 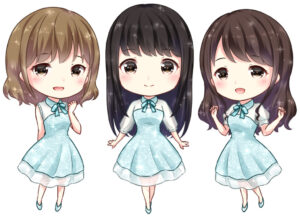 In Japan, “idols” have long been a part of the zeitgeist. While there are many male idols, female idols are 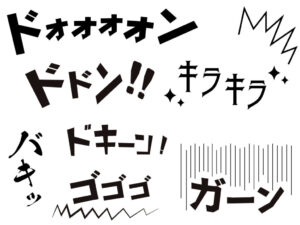 Onomatopoeias commonly used in Japan that you should remember

The language of each country has words and grammar, but there are also words called “onomatopoeia“. Onomatopoeia is a general

A JLPT course for basic beginners with a Japanese language teacher who is ideal as a private tutor online or in Shimonoseki, Ube, Iwakuni, Yamaguchi. There are also grammar and JLPT courses for intermediate students. The registered teacher database is updated daily. If you cannot arrange a faculty member from the current faculty list in Shimonoseki, Ube, Iwakuni, Yamaguchi, you can wait about a week before arranging a new faculty member.

“Iwakuni Castle” in Iwakuni, Yamaguchi Prefecture is a castle built by Hiroie Yoshikawa in 1608. There is also an observatory inside, and you can go to Shiroyama by ropeway, which is a perfect spot for traveling. It’s not well known because it’s a phantom castle that was demolished just seven years after it was built. The castle has been rebuilt on the mountain, and the area around the castle is Kikko Park, which is a place where you can spend a relaxing time. If a foreigner living in such a wonderful Yamaguchi wants to study Japanese, please try a Japanese tutor.

We look forward to your application.
Sign up for free

Private Japanese lessons near you