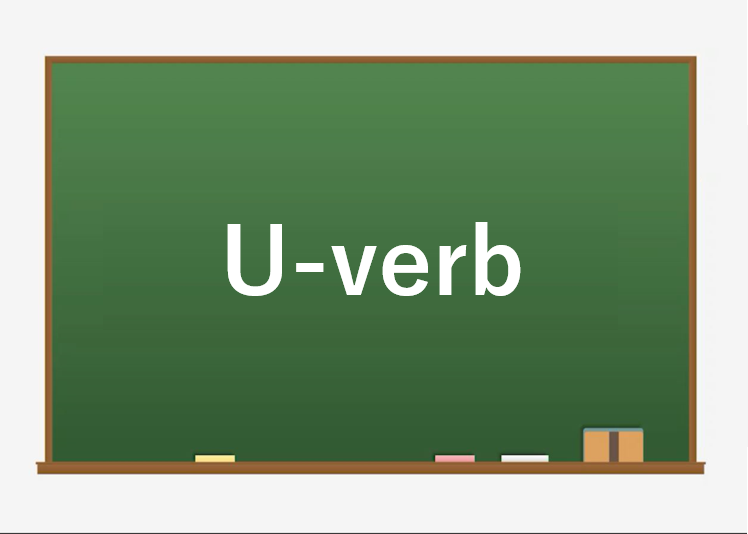 U-verb conjugation are summarized in the table.

-u verbs are formed by adding – u to the end.

The u verb works in the same way as the ru verb. u verbs do not necessarily end with the hiragana “u”. Since the last vowel must be “u,” the last hiragana must be either “ku,” “su,” “tsu,” “nu,” or “ru. The distinction between u and ru verbs is simple.

We have 3 kinds of verbs in Japanese. Dictionary form changes to different forms depending on which verbs.

Q. What kind of teachers are in the partner class?
A. Partner tutors are good teachers who are passionate and hospitable. They have been carefully selected by HHHJapan* to serve as our Japanese language volunteer tutors.
They are not just tutors who have time to help, but also those who are aspiring to become Japanese language teachers and or who have studied abroad and have experienced language difficulties and overcoming them.
* HHHJapan is an NGO whose mission is to promote a shared future. In addition to Japanese language schools, they are also involved in global climate change projects.
Apply for a tutoring class

The HH JapaNeeds Team
Your tutor. Your time. Your location.